This is what the rear of a hen looks like. 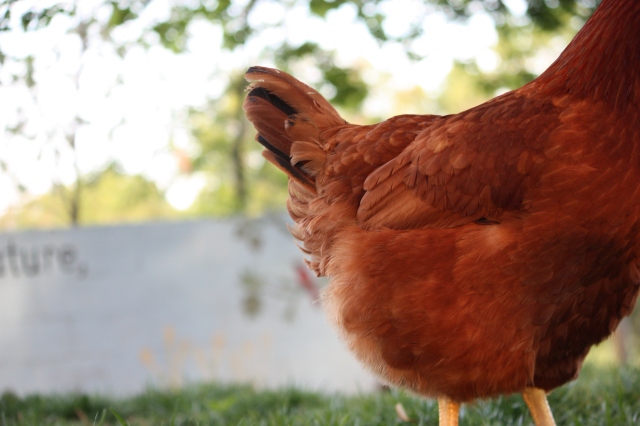 A few days ago I found myself sprinting down the holey hill behind our house.  I was wielding a wooden tray full of crudites, a gift from my all-afternoon-grouchy daughter whose little repentant hands had arranged sliced cucumbers, peppers, tomatoes and humus on a platter as a lovely, late-afternoon appetizer.

I was admiring her offering when I saw him.

David was standing up on the moving tractor, gesturing wildly and shouting something?Gun?  Come?  Big Gulp?  Jump?  I couldn’t tell, but he looked alarmingly agitated and I started to run with the platter in the direction of his worry.

Careening down the hill at break-ankle speed, I saw it; fox and feathers, mayhem and meadow all rolled into one life-or-death frenzy.

I arrived on the scene channeling all my Cherokee indian war whoops and war-cries, and not a single cucumber did I drop!

For a brief second the thwarted fox looked at me and thought about it.  Was it worth taking on this crazy lady holding a plate of vegetables above her head?

She turned and ran softly into the wheat.

The rescued-by-the-seat-of-her-pants chicken looked at me and teetered weakly until Colvin swooped in with tender “it’s okay” whispers and kisses and walked her back up the hill, minus all her tail-feathers. 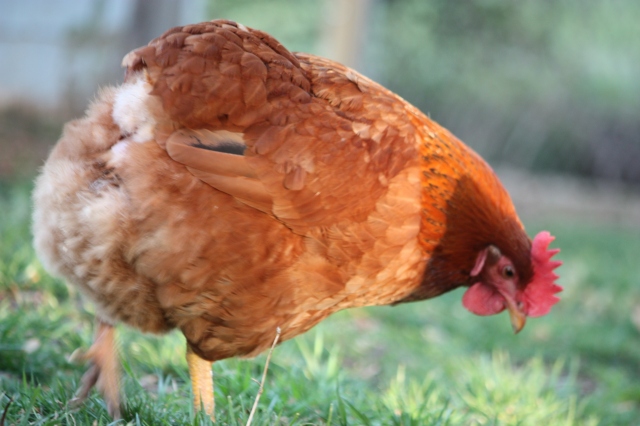 I always remind athletes that we train our bodies to be physically ready for anything, anytime.  If you needed to carry your unconscious teenage son down three flights of stairs, could you?  If you needed to outrun a crazed rhino and scramble up a tree in the bush, could you?

Oh boy!   Do I have some fun new exercise challenges for us the next time we get together!

If you needed to rescue a chicken from the jaws of a fox while carrying a platter of vegetables above your head…? 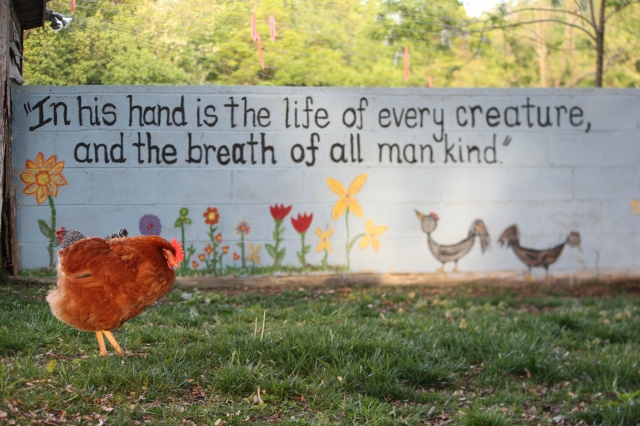 Joy and courage in all your daily endeavors today.

PS.  And love on those sweet souls who are looking a little out-of-sorts.  You don’t know how their day might have gone:)