This spring has handed me with the biggest case of bleacher butt I’ve ever known.

As you may or may not know, I have four kids, each participating in one spring sport each.  It just so happens that due to our move to southern Maryland, all three boys now play lacrosse in Anne Arundel County, which just so happens to be the most highly recruited district for collegiate lacrosse in the USA.  How lucky are we?

It’s difficult to describe the passion, dedication and skill these Annapolis area athletes and coaches have for the game of lacrosse. Think Texas football marries South African soccer; it’s a way of life that begins as soon as you can stand up in your crib and throw, catch, or blow in a vuvuzela.

So, why wouldn’t you want to practice your sport several hours each and every day, son?  Do you really want it or not, young man?

However, it’s not hard to describe how very often we can be found slumped on posture-killing tin bleachers watching another quarter.  Last week there were thirteen practices and seven games on our well-worn calendar.

This week you can add two more games for play-offs. Away games. Far. Away. Games. 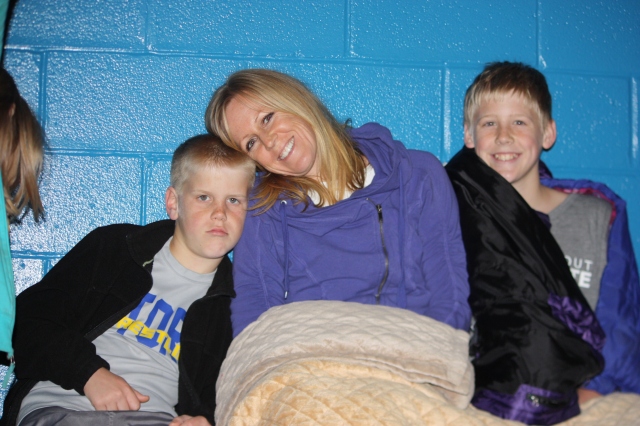 So it was with some alarm when I heard myself muttering in the car as I raced between a late drop-off and a very late pick-up.  Muttering!  I was MUTTERING!  I never thought I’d be the crazy lady with the shaky head, hunched and grimly gripping the wheel, muttering to herself.  But there I was, in all my glory…

And it hit me.

What’s my problem, dude? This is what I signed up for!

What did I think life with children who enjoy competitive team sports would entail?  Why am I surprised?  Why do I inwardly moan, resist, and act as if this is all such a hardship?  What do I convey to my children in my ever-so-weary sighs? 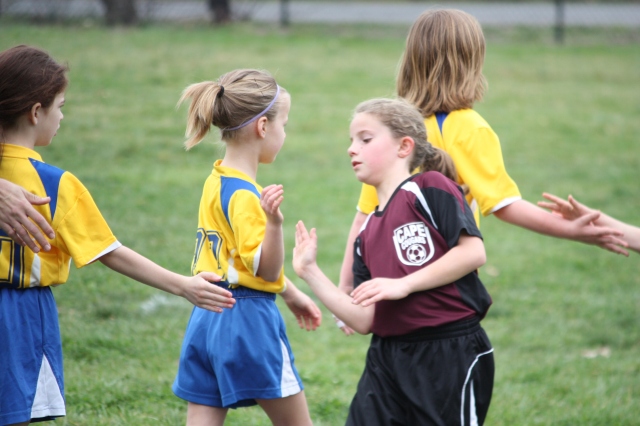 And it hit me, again.

My time at the fields does not need to be spent shivering on miserable, metal bleachers!  I am not a victim mutterer! No!  So this week I decided to get dressed down and walk, run, shuffle, scamper, or skip around the playing fields during the games.

I called it my “Let’s Move (Or I’ll Go Insane)” campaign.  It’s a simple concept, really: just keep your eyes on the play, cheer on your kid, and don’t stop moving!

Out of curiosity, last night I set my Nike GPS at the beginning of Chase’s warm-up.  I did not stop moving for three quarters.  I  will give you three guesses as to how far I travelled (jog some, walk some) in seventy-nine minutes?

EIGHT MILES and I didn’t miss a single play, people!

So maybe you don’t want to run? Even if I had walked the whole time it would have easily been four or five miles? Could you live with that?

I sure can. Better than a numb bum for seventy-nine minutes!

Remember your joy today, as you search for ways to maybe turn your mutterings into miles.

3 responses to Turn your mutterings to miles…